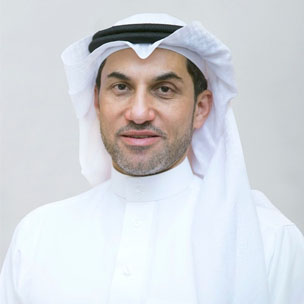 Mr. Alhokair is Vice Chairman of the Board of Directors and Managing Director for Arabian Centres, responsible for overseeing the day-to-day activities of the Company and directing its management team on shareholders’ behalf. He is also a founding member of Alhokair Fashion Retail – a leading franchise retailer in Saudi Arabia and beyond – and holds executive positions and memberships in multiple companies with interests across various industries, including real estate, investments and technology. He obtained his Bachelor’s degree in Architecture from King Saud University in 1990. 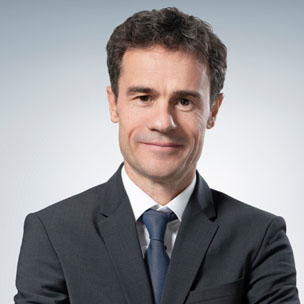 Mr. Nougarou is the CEO of Arabian Centres, responsible for the financial and operational performance of the Company, and the development and implementation of its strategy. He brings more than 15 years of senior executive experience in retail property, having previously been CEO for Germany at Unibail-Rodamco, a European real estate company. During his time with Unibail-Rodamco, he was deeply involved in the merger between Unibail and Rodamco and was instrumental in the successful integration of the German organization into the group while establishing and developing Unibail-Rodamco’s German business. He later worked as Managing Director, Russia, for Morgan Stanley Real Estate. He obtained his Master's in International Management from ISG (Institut Superieur de Gestion), France, in 1991 and his Master's in Business Administration from ESCP Europe, France, in 2001. 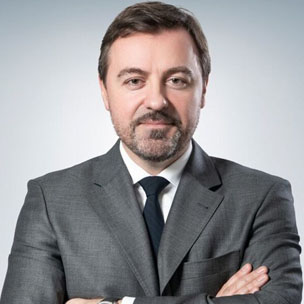 Dr. Ponsard is the Vice President of Finance at Arabian Centres and is responsible for financial, risk management and administrative operations of the Company including the financial and operational strategy. Prior to joining Arabian Centres, Dr. Ponsard served as Chief Financial Officer of Al Faisaliah Group, a closed joint stock company established in Saudi Arabia and operating in the dairy, electronics, healthcare and food service sector. Dr. Ponsard’s prior experience also includes various positions at the Boston Consulting Group. He holds several distinguished academic degrees including a Bachelor's degree in Languages from the University of Louvain, Brussels, in 1997, a Master’s degree in International Relations from King’s College, London, in 1998 and a Doctoral degree in Economics from Leiden University, Netherlands, in 2004. 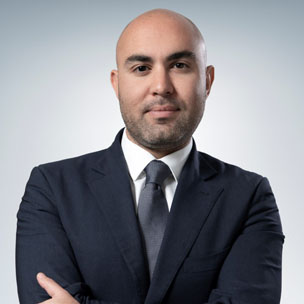 Mr. Wehbe has served as the Company’s Chief Portfolio and Asset Management Officer since July 2018. He holds several distinguished academic degrees such as a Bachelor’s degree in Computer Engineering and Communications from the American Univerity of Beirut, Lebanon, in 2006, a Masters of Science (MSc.) in Management from the London School of Economics and Political Science (LSE) – with Merit and a Masters of Business Administration (MBA) from INSEAD, France, in 2010. He previously served as a Principal between 2008 and 2016 at Strategy& (formerly Booz & Company), a global management consulting firm established in the USA. Prior to that, he was employed by Booz Allen Hamilton. 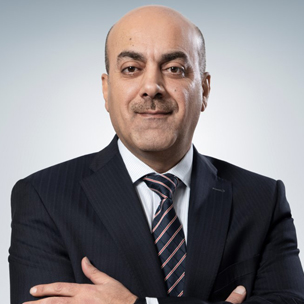 Mr. Maali is the Company’s Chief Financial Officer. He obtained a Bachelor’s degree in Economics and Accounting from the Jordanian University in 1992. He previously served in several financial managerial positions at Nuqul Group, BDO and Planet Group, a limited liability company established in the United Arab Emirates, which operates in the Hospitality and Tourism sector. 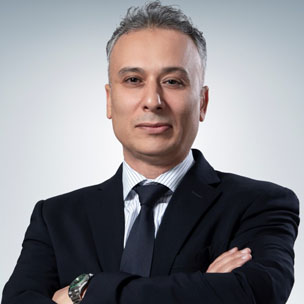 Mr. Abu Mutair has served as the Company’s Chief Development and Project Management Officer since December 2015. He obtained his Bachelor’s degree in Geology and Environment Sciences from Yarmouk University, Jordan, in 1997. From 2002 to 2015, he has previously held a position of the Manager of the Supply Chain Group at Fawaz Abdulaziz Alhokair Real Estate Company. Prior to that, he served in other operations positions at General Electric and the Saudi Binladin Group. 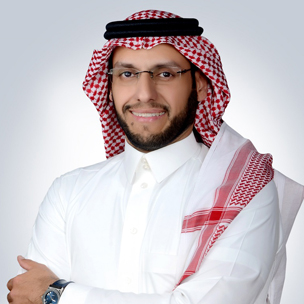 Mr. Al Zahrani has served as the Chief Support Services Officer since 2015, after joining Company in 2009 as its Director of Human Resources. He obtained his Bachelor’s degree in Business Administration from King Abdulaziz University, Saudi Arabia, in 2012. He has held several human resources positions in the past including Director of Human Resources at Geant Saudi Limited, a limited liability company established in the KSA and operating in trade sector, and Director of Administration at Al Othaim Holding Company, a closed joint stock company established in the KSA and operating in the commercial, real estate and industrial sector. 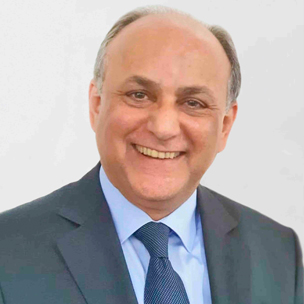 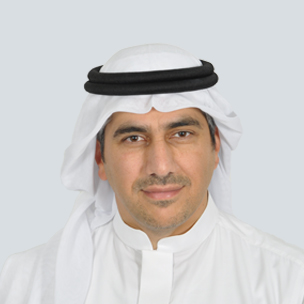 Mr Al-Karawi is Group Head of IR, responsible for developing the Company’s investor relations function and ensuring effective two-way communication between the Company and its stakeholders. He enjoys more than two decades of experience in investor relations and finance, serving as Investor Relations Director at Zain KSA. At Zain KSA, Mr. Al-Karawi significantly improved relations with the investment community amidst significant capital restructuring and a major rights issuance. Prior to joining Zain KSA, Mr. Al-Karawi was Banking and Investor Relations Manager at Dar Al Arkan, where he was responsible for managing the real estate company’s relationship with local and international banks and sat on the committee formed to raise the company’s international sukuks. He earned his Bachelor of Business Administration from Schiller International University in 1993 and has been trained at some of the world’s leading financial organizations, including JP Morgan, Citibank and Deutschebank. Mr Al-Karawi is one of the founding members and the Chairman of the Saudi Chapter of the Middle East Investor Relations Association (MEIRA). 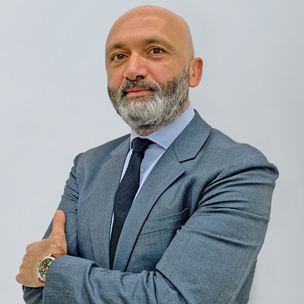 Mr. Kanaan, the Chief Digital and Marketing Officer for Arabian Centres, is responsible for migrating many of the company’s internal and external operations from analogue to digital with the goal of rationalising and streamlining operations and generating new revenue streams. He brings 25 years of experience in corporate marketing and a demonstrated track record of expertise in working with mega public-private real estate developments. His background includes work in corporate communications, digital transformation, brand development and destinations marketing. He most recently served as VP Marketing and Communications at Meraas Holding in Dubai and previously held the post of Deputy Director of Marketing and Communications at Aldar Properties in Abu Dhabi. He honed his corporate communications skills while working in blue-chip communications firms such as JWT and DDB Worldwide. 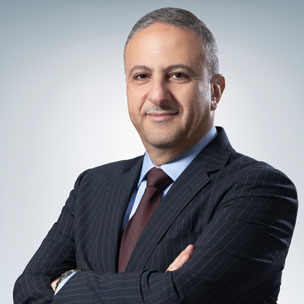 Mr. Karmoul has been the Group’s Chief Operating Officer since October 2018, with responsibility for coordinating the preparation and adoption of an operations budget and implementing cost-minimization and revenue-maximization initiatives. He enjoys over twenty years of experience in strategic planning and overseeing daily operational processes for recognized brands, including Fawaz Al-Hokair Fashion Retail and Arab Food Catering Company – Pizza Hut. Prior to joining Arabian Centres, Mr. Karmoul held the positions of Chief Development and Operation Officer and Chief Operating Officer at Fawaz Al-Hokair Fashion Retail. Mr. Karmoul obtained his bachelor’s degree in Economics and Business Administration from the University of Jordan. 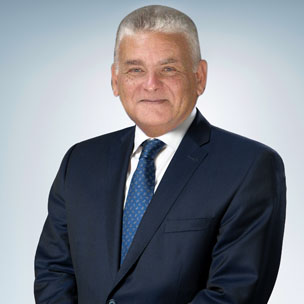 Mr. Balbaa was appointed the Group’s Chief Leasing Officer in 2019. He brings over twenty-two years of experience in commercial property management extending across the Gulf, Lebanon and Egypt. Throughout his career, Mr. Balbaa has been involved in the leasing of more than 800,000 square metres in various stages, with projects ranging from super-regional to community malls. Prior to joining Arabian Centres, Mr. Balbaa served as Senior Director of Leasing at Majid Al Futtaim Properties, where he drove leasing operations at Mall of the Emirates, the company’s flagship project. He received his Bachelor of Science in Accounting from the University of Alexandria in Egypt.